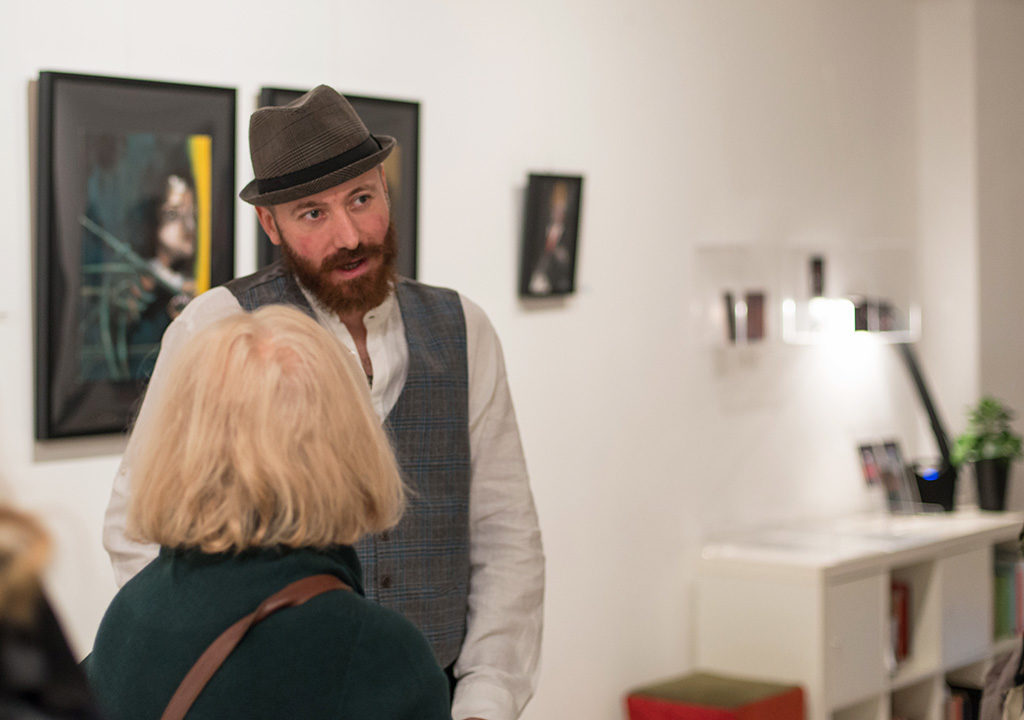 Tommy Boureaux was born in the Paris suburbs in 1984. He lives and works in Florence in Italy.

Tommy Boureaux lives between Paris and Florence and is creatively stimulated by the artistic treasures of both cities. He started his public art career in 2010 with an exhibit in downtown Bologna (Italy) in the « Studio d’Arte 11 » gallery. He continued to show his work in France and London including an exhibit in « The Outsiders » gallery, London. Tommy lived in East London before returning to his adopted home, Florence. Since returning to Italy he has participated in live painting performances accompanied by Italian musicians, enabling him to further develop his artistic abilities and unique style. 2017 marked a turning point for Tommy as he began working with oil paints and presented « Abîme » as a solo show in the « 79rosso » gallery, Florence. 2018 was spent presenting his work in Turin at the Paratissima art fair and preparing for a collective show in New York City at « Allouche Gallery » in 2019, the show will feature 33 of Tommy’s paintings.

Starting from the assumption that « life itself is violent » as Francis Bacon reminds us, Tommy Boureaux paints bodies that are torn away from everyday life. The figures are set in the moment when external and internal forces are made visible through disorganized gestures, « daily » gestures, which may seem trivial in their simplicity, however, express the violence, senselessness, and torments that inhabit mankind. The artist observes the unaware repetitiveness of actions, dialogues, and thoughts. Endless repetition deforms into a daily routine that ignores reality and becomes guilt, inhumanity, disguise, and leads to the loss of subjectivity.

In his works, Boureaux captures these traits, representing them through fragile, disjointed, disproportionate characters in a form of abstraction. The canvas surface is engraved and scratched to create dark, minimal, unknown environments that produce alienation in the viewer. Tommy Boureaux’s works give voice to frailty and imperfection that too often today are seen as evil, something to be hidden.

Today’s mankind transfigures subjectivity into virtual images through technological means. We add filters, retouches, try to beautify and change the reality to make it more bearable, we reduce and eliminate the imperfection that inhabits it, thus making way for falsification. Even a toilet, ideally a symbol of privacy and intimacy, has become a stage to perform and represent oneself in front of a mirror, in the desperate search for recognition, giving the sense of loss in our society. From this bewilderment, from this loss of meaning and identity, the artist draws inspiration for his reflection, trying to give strength and voice to characters that are searching for their inner-self and their humanity.